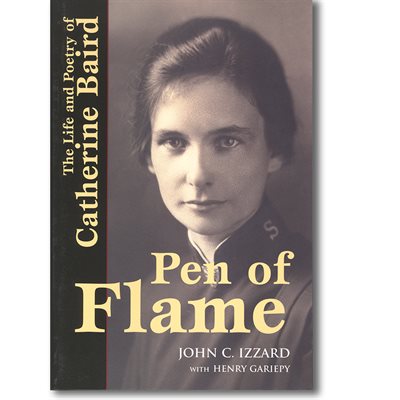 The Life and Poetry of Catherine Baird

John Izzard, long-time friend and admirer of Catherine Baird, has provided a carefully researched and rendered biography of one of the great women of Salvation Army history. He introduced the reader to the pioneer days of the Army in Australia and South Africa and follows Catherine Baird's literary career in the United States and in England. Baird comes alive through historic and humorous anecdotes and through associations with friends, protégés and leaders.

Izzard opens a previously unpublished window revealing facets of the Army's literary history. He shares accounts of the editorial department under siege during the days of the London Blitz. Notable literary personas such as Coutts, Brengle, Watson, Gauntlett, Wiggins and Orsborn move in and out of the narrative. Baird's own quotes give insights to her lifelong ministry with her "pen of flame"—a phrase accorded her by Samuel Logan Brengle, who figures prominently in her life.