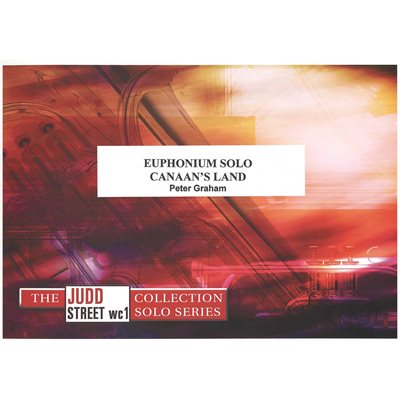 Following the opening expressive introduction, the theme is a song originally published in The Musical Salvationist (January 1962), Bound for Canaan's shore. This should be played in a lively but light style. The variation at letter C reflects, in some ways, the first variations of Norman Bearcroft's The Better World (F.S. 418), with its C minor florid writing, the inversion at bars 1 and 3, and a 'show' cadenza in the middle of the third beat of the bar (i.e. bars 34 and 36) with a quaver. This will provide extra rhythmic stability.

The middle movement gives the soloist opportunity to demonstrate expressive qualities through this beautiful melody, A little star peeps o'er the hill (T.B. 1). Soloists should approach this section with sensitivity and dare I say, a measure of sentiment! The differential of tempo at K (set at 84), may be preferred moved forward rather than pulled back (personal preference!).

The final section (in a polonaise style) needs to be set in its tempo from the start. With further shades of The Better World finale, the music requires the soloist to be stylish and accurate. Section O through to section P, with its accelerando from 138 to 168, then finally to 184, will need a good understanding between player and conductor, to negotiate the points of, and gradient of the accelerando.

This exciting solo is a most welcome addition to the Euphonium solo repertoire, and will be enjoyed by performer and listener alike. My own personal thanks go to Professor Peter Graham for providing this solo for me to play.
(view series guide)
Produced by The Salvation Army, SP&S, UK