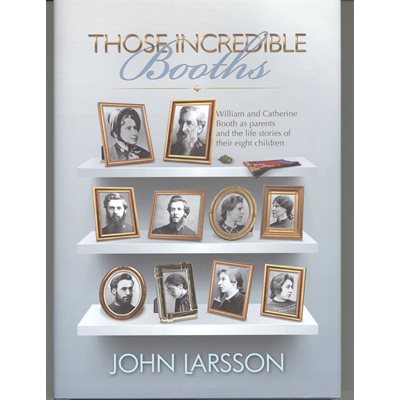 The Booths astounded the world. William and Catherine not only created a new dynamic force called The Salvation Army, but as parents brought into the world a boisterous crew of either originals - as gifted and headstrong as their parents.

All of the children followed in their parents' footsteps and became pioneer officers. They played hugely significant roles across the continents in the phenomenal growth of the early Salvation Army. But not all was sunshine. When three of them in midlife rebelled against their father and left the Army, a shudder went through its ranks.

In this groundbreaking book the author tells the remarkable story of William and Catherine as parents. He also, in eight biographies woven together to form one fascinating narrative, charts the amazing lives of the children. With all the members of the family gathered between two covers, here is a unique chance to meet those incredible Booths!