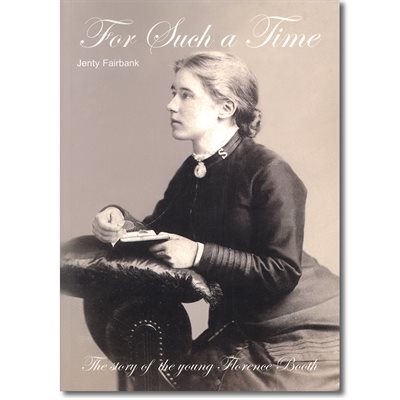 For Such a Time

The story of the young Florence Booth

Lieut-Colonel Jenty Fairbank's active officership in The Salvation Army spanned 37 years, during which she saw service as a corps officer in the UK, as a lecturer at Howard Teacher Training College, Zimbabwe, and as a Press Officer and Director of Information Services at International Headquarters. For almost 15 years she was Archivist and director of the International Heritage Center, before becoming the UK's Editor-in-Chief and Publishing Secretary, from which position she retired in 2000. She is author of the children's book William and Catherine Booth: God's Soldiers (Hodder & Stoughton, 1974) and Booth's Boots: Social Service Beginnings in The Salvation Army (International Headquarters, 1983; third edition, 1987). Since retiring she has edited There's a Boy Here (International Headquarters, 2002), the autobiography of General John Gowans.

For Such a Time…the Story of the Young Florence Booth is one of those rare books chronicling early Salvation Army history from the inside out. Drawing heavily on intimate diaries and memoirs dating back to Florence's teenage years, it engrosses us in.