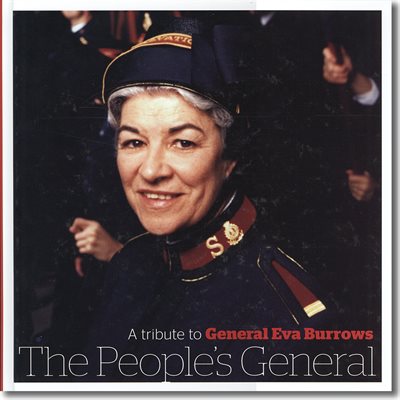 A tribute to General Eva Burrows

General Eva Burrows AC is arguably the most respected and revered Salvationist ever to come out of Australia.

After being elected international leader of The Salvation Army in 1986, as she travelled around the world her warmth and love endeared her to everyone she met and she became known as 'The People's General'.

Although the duties of office and administrative matters invariably called her back to International Headquarters, General Eva's preference was to be out among people—meeting them with her famous smile and a warm handshake.

While this book explores her years as General and her incredibly active retirement, it moves well beyond that to reveal many other aspects of her life, including her university education, 17 years' service in Africa, and leadership in Sri Lanka, Scotland and Australia.

The People's General offers a unique insight into the life of a great Australian.