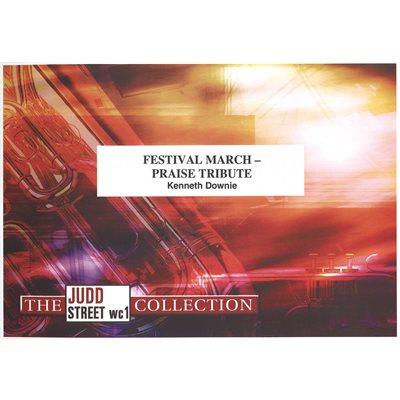 Wilfred Heaton's March Praise, published in 1949 (Festival Series 163), has long been a favorite of mine, and, I suspect, of many others. In Praise Tribute, I have deliberately adopted the style of Heaton and followed his original key-scheme, while developing the music from the old Manx revival-hymn, The Good Old Way (The Musical Salvationist, July 1964). The title therefore acknowledges this and also the praise due to the God who, as the Manx hymn says, give us a 'sweet hope of glory' in our souls. (view series guide)
Produced by The Salvation Army, SP&S, UK