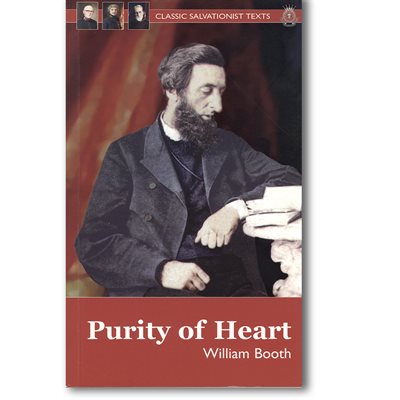 This series is intended to help a new generation of readers become familiar with works published across the years by The Salvation Army and which over time have come to be regarded as 'classics' in Salvationist circles and even beyond.

It is hoped also that these republications might lead to a rediscovery of them and the truths they convey by those who once read them. They live on not only for their content, but also for the passionate spirit that breathes through what is written.

Salvationists have no desire to live in the past, but we are ready to recognize the debt we owe to those who have gone before. We look to the future, under God, taking with us the sacred heritage he has given. These writings are part of that heritage.

I hope and pray that this series will help and inspire all who use it, and that some will be prompted to contribute in written form to modern Salvationist literature in an age that needs also the old, eternal truths expressed in language for the 21st century.

The series is dedicated to the glory of God.