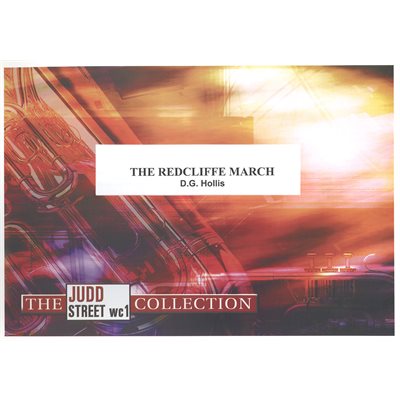 This march, first published in March, 1929, was written by Sergeant-Major D.G. Hollis when he was living at Redcliffe, Australia. He is a former member of the Melbourne Staff Band.

The introduction, which is eight bars in length, possesses several features of interest, and if these are brought out, a fine effect will be the result. Perhaps the most important point is the unison figure in bar 4, where the lower end echoes a figures played earlier by cornets.

The first subject at letter A is on the usual lines and all instruments are employed. Bring out the points of imitation in the baritone and euphonium parts, and insist on good, clean tonguing of the semiquaver figure in the sixth bar.

At letter B a big change comes over the music, and a sudden drop to piano is made. the chorus There's mercy still for thee makes its appearance at this stage, the melody of which is allotted to baritones and euphonium. Above this the solo and 1st cornets have a duet part which commences on the weak accent of the first bar of each phrase. It will be noticed that the mordent sign appears in these parts commencing at bar 19, also for soprano in bars 27, 29 and 31; these will need delicate insertion. The accompaniments are of the usual type and should cause no trouble. The second eight bars of this section constitute a repeat of the first eight at forte with added coloration in the trombones.

An original bass solo, four bars in length, is given at letter C, and this will sound quite big and ponderous if properly attacked. Note the key is G minor. Commencing on the last beat of the fourth bar, the cornets take over the principal theme, the key now being Bb major. Observe the force mark is piano, and it will be necessary to keep the music well under, seeing all instruments with the exception of bass trombone are employed. A bold and strong effect is desired in the last two and a half bars, this being in the nature of a short coda.

Without introduction we enter straight into the trio at section D, the melody of which is given to upper cornets, the 2nd cornet and flugel having a duet part with the principal theme. A counter melody is allotted to 1