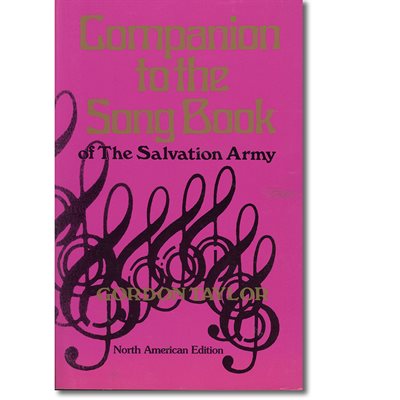 Companion to the Songbook of The Salvation Army

Gordon Taylor, a soldier at Croydon Citadel, is the great-grandson of the songwriter, Staff Captain William Hodgson. A member of the Hymn Society of Great Britain and Ireland and the Hymn Society of America, he has contributed articles on songs and singing to The Musician and wrote A Short Companion to Keep Singing!. Before moving to Croydon, he was singing company leader (1964-72) and songster leader (1966-72) at Woodford, East London.