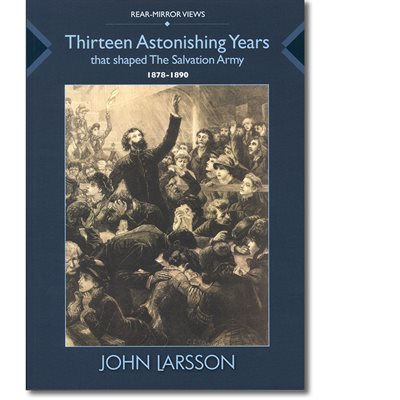 When in 1878 William Booth adopted the name The Salvation Army for the movement he had created, an 'irresistible spiritual offensive swept over cities, towns and villages in every direction and set the whole country ablaze'. It was an ecclesiastical big bang of spectacular proportions and its effects soon spread to the far corners of the globe.

The next thirteen years, which climaxed with the introduction of large-scale social work in 1890, proved astonishing by any measure. In a series of fascinating vignettes, the author tells the story of those years and introduces key personalities through whom the Lord worked.

He comments: 'Virtually all that the Army presently is was forged in those first few years, and just as all Christians draw inspiration from the story of the Early Church in the Book of Acts, so the Salvationists of today can in addition be inspired by the amazing story of the Early Army.'