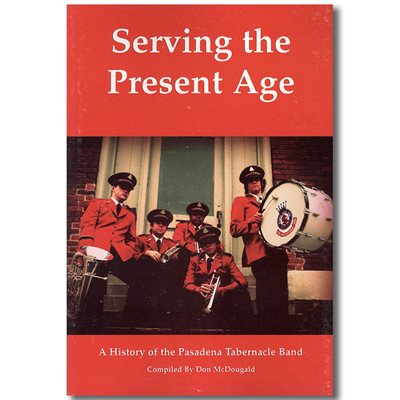 History of the Pasadena Tabernacle Band

Many people have questions concerning The Salvation Army and the Pasadena Tabernacle Band in particular: Why use a brass band instead of some other more traditional church music format? What causes people to make a commitment to the Lord, the music and each other? Why have there been all the changes of name and locations over the years?

When The Salvation Army came to Los Angeles, the city of dirt streets and horses had a population of 11,000 people. The newspapers reported that a musical brigade was leading street parades with "crooked horns, cheap tambourines and a big brass drum." This was the beginning of the Tabernacle Band. Today Los Angeles has a population over 10 million. Where its ministry once reached only the listeners in the room, it now reaches around the world through recordings and the Internet.

This is the story of one of the most traveled bands in The Salvation Army world. Whether marching in the Tournament of Roses Parade in Pasadena, up Hollywood Boulevard or down Regent Street in London, the band continues to "Serve the Present Age." This is the story of dedicated Christians who use brass banding to present the gospel of Christ.