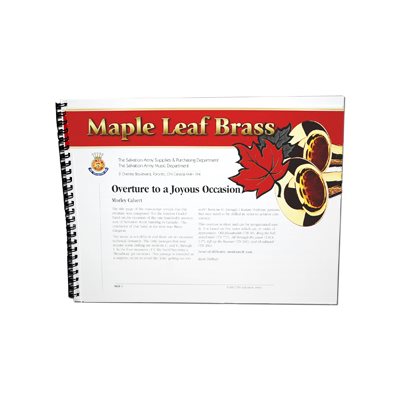 The title page of the manuscript reveals that this overture was composed “for the London Citadel band on the occasion of the one-hundredth anniversary of Salvation Army banding in Canada”. The music is not difficult and there are no excessive technical demands. In the four measures of C the band becomes a ‘Broadway’ pit orchestra. This passage is intended as a surprise, so try to avoid the ‘joke’ getting out too early! This overture is short and can be programmed easily. It is based on five tunes which are, in order of appearance: Old Hundredth (TB 38), Ring the bell, watchman (TB 776), All through the years (TBCS 147), Lift up the banner (TB 106), and Monk/and (TB 286).