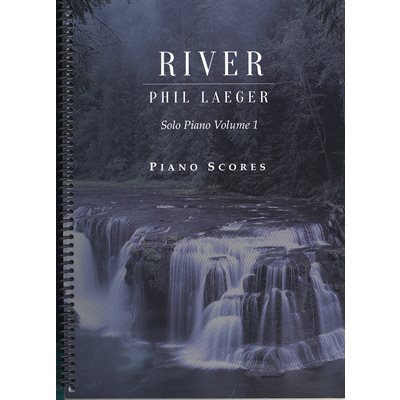 The songbook you are holding in your hands represents years worth of my writing and experimenting and then finally, practicing to be able to actually play what is in my head and heart. It also represents many hours transcribing and editing and proofing. Most of this was done by myself but I need to give special thanks to Wayne Collyer for his keen eye on the project for the final edits.

I am not a concert pianist. Somewhere in the hearts of my parents (who were responsible for starting me in lessons at an early age) I think there was that hope, but alas it isn't likely in this lifetime. This truth will be self-evident to any musically trained listener. There are mistakes. There are places on the album I rush. Places that are not even. Moments where the string quartet and piano are in slight disagreement over tuning. There is even a spot in one of the songs where you can hear my knee crack!

The perfectionist in me wants to go back and rerecord everything. More hours of practice. Better planning. Such is life, some things you just have to let go.

Having said all of that, I am proud of River. It is in some ways the most ambitious thing I've done. As you play through these songs, there are a few things of which you should be aware.

The piano on which the album was recorded was a Stuart & Sons 2.9mm x102 key Concert grand...there are currently only 5 of these instruments in the world. They are the first 102 key pianos ever built. This instrument is veneered in East Indian rosewood and features four control pedals: two dynamic/ texture functions and two sustaining functions. Apart from the technical specifications of the piano, the instrument is simply the most beautiful thing I have ever played and really has to be heard live to be believed. Stunning in aesthetic and sound.

Because of the uniqueness of the piano, there are some notations in this songbook which simply cannot be played on a standard 88-key piano. My piano doesn't have notes that high! I'm missing a lower octave! I wanted to take advantage of the extra range (and pedals) whilst recording on this amazing concert grand. In the few cases where the score calls for notes that are too high (or too low) for a standard piano, rest assured that the octave below (or above) will work just as well.

As for articulations, dynamics, etc. - I have tried to transcribe / notate in such a way that is fairly straightforward but not overly academic. This is not a classical piano study guide. I have not been overly tedious when making slurs, tempo changes and the like. Part of the reason for this is my own personal sanity, but the bigger reason is that the album is molto rubato in many places. This is a stylistic preference which same may like and others may not. I would rather the song be played with feeling that arises in the heart of the individual performer, rather than strictly adhering to exactly the markings on a page.

I'm honored anyone who would be interested in playing my music and thank you for your support.
Enjoy the songs and I have to bring you Volume II in the not so distant future.