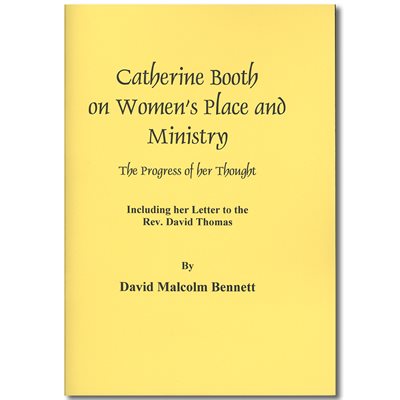 The Progress of her Thought

It is probably true that Catherin Booth and the Salvation Army have not been given the credit they deserve for their promotion of women to full ministry in the Christian Church. In the Victorian era Catherine was recognized as one of the foremost advocates of that position in Britain, and The Salvation Army was one of the very few Christian groups that practiced it at that time. As the Army is a worldwide denomination it is undoubtedly played its part in this regard not just in Britain but in many other countries too. Women ministers in many denominations therefore, owe more to Catherin Booth than they may realize. This booklet presents her ideas and traces the progress of her thought on this controversial subject.