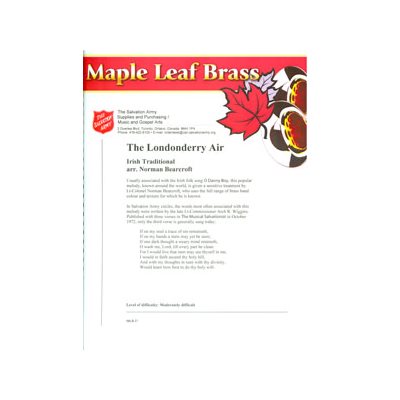 Usually associated with the Irish folk song O Danny Boy, this popular melody, known around the world, is given a sensitive treatment by Lt-Colonel Norman Bearcroft, who uses the full range of brass band colour and texture for which he is known.

In Salvation Army circles, the words most often associated with this melody were written by the later Lt-Commissioner Arch R. Wiggins. Published with three verses in The Musical Salvationist in October 1972, only the third verse is generally sung today: