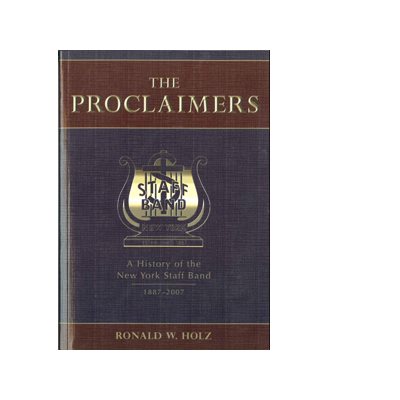 As a child, I frequently fell asleep to the sounds of New York Staff Band test-pressings wafting up the stairs of our Kearny, NJ, home. I know those records by heart, and I have the Staff Band in my blood, though I was never an official member. Stories of the band and its colorful personalities were frequently part of our family discussions.

No historian can be totally objective, and I must admit at the outset the background I bring to this study. That has been a tremendous asset, for the most part, in doing research. I was detached in a sense, yet also knowledgeable enough in the ways of Army branding and keenly aware of New York Staff Band heritage via the long-standing connection of my father, former Staff Bandmaster Commissioner Richard E. Holz. I pray that with this background I have done fair justice in shaping a history of this noble ensemble.