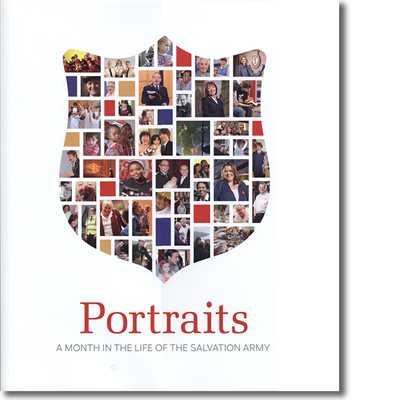 A month in the life of The Salvation Army

This book is a collection of photographs depicting the life and work of The Salvation Army in the United Kingdom and Republic of Ireland.

During October 2011 Salvation Army corps (churches) and centers were invited to take 'snapshots' of their ministry. While some images were specially commissioned, most of the pictures in this book were taken by those at the grass roots of the organization: members, employees, volunteers and service users.

Portraits is a record of the Army through their eyes. However, it is not just a book for people associated with The Salvation Army; it is for anyone interested in an historical movement that continued to make its mark in the 21st century. The pictures and words in this book demonstrate that God, who raised up The Salvation Army, is still at work in the world. They will also bring fresh insight into this unique organization, prompting the response: 'I didn't know the Army did that.'