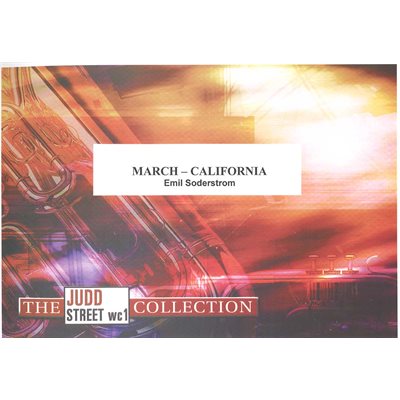 Here is a march with the rhythmic drive, the cheerful melodies, the syncopations and exciting effects we have come to expect from this prolific composer. After many years of march-producing, very often pieces which were requested for special occasions or commemorations, the march was not the form nearest to Emil Soderstrom's heart. It would be unfair of us to emphasis this aspect of his compositions at the expense of his fewer, but intensely personal and moving pieces in other moulds. At the same time, his marches were so popular over they ears that many were included in The Salvation Army band journals.

A glance at the score will indicate that it is not easy to play. If the march is to sound convincing there are many technical points to be mastered, but of course, apart from any other considerations, such points are invaluable to the band trainer for developing the expertise of the players. Once the music has been broken down into detail and practiced, the march will be found to be immensely attractive and rewarding.

The original score, in the ninth and tenth bars of section B (soprano and solo cornet), associates with the syncopated monotone the word 'California'; the syllables fitting the notes: 'Ca-li-for-ni-a'.