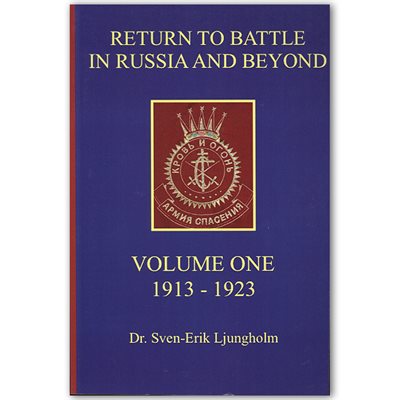 "A riddle wrapped in a mystery inside an enigma" was Winston Churchill's description of Russia, and Dr. Sven Ljungholm has painstakingly produced a fascinating account of the "complicated story" of Salvation Army mission in that great area of the world. Not only fascinating, but heartwarming and challenging. Stories of heroic Salvationists working against the odds shine a light on the complexities of Salvationist in a cold climate. This is an important book, one which will encourage Army people everywhere Stephen Poxan having previously worked as a Salvation Army Officer (Pastor) now combines employment within the Methodist Church in Bedfordshire with freelance writing projects. Stephen served previously in London in the role of editor of Salvationist, the Army's international weekly magazine. His four most recent book releases are being read by an appreciative wide world-wide audience.