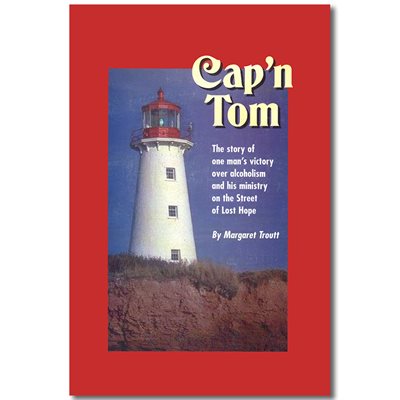 Foreword
Nothing can be quite as thrilling as the story of a life that was once wasted, useless and meaningless becoming a life beautiful, meaningful and useful because of the touch of the forgiving grace of the Lord Jesus. The conversion of Tom Crocker and the succeeding years of Harbor Light ministry in Detroit and Chicago as a Salvation Army officer have been recounted far and wide. He became a legend in his own time.

What prophet could have foreseen that this seeming hopeless derelict, sleeping out a drunken stupor on the sidewalks of Skid Row Detroit, would within twenty years be designated "Man of the Year" in the city of Chicago

This is the biography of one of God's eternal miracles—one of God's "twice-born men." It should inspire you, strengthen your faith and help you to believe more definitely in the power of God to change a sinner into a saint.

Margaret Troutt has captured the drama that, from a life of one human being of tragic beginnings, leads us to a conclusion that is both joyful and triumphant.

Let the life of Tom Crocker renew your own belief in the transforming power of the Saviour. Pray that God will do it again and again as He did for Cap'n Tom, and pray earnestly that he will use you and me as transmitting agents of that power.