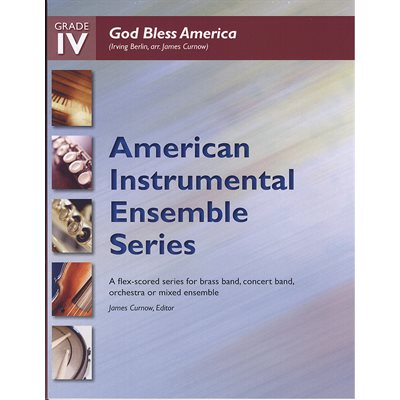 This brief montage of patriotic songs features the great Irving Berlin song, God Bless America. As Europe was building towards World War II, Berlin, himself a Jewish immigrant from Russia, set out to write a "great peace song." After a coulple of failed attempts, he instead revised a song he had written in 1918 but never used. God bless America was introduced by Kate Smith who sang it on the Armistice Day broadcast of her radio show in 1938.

The arrangement presented here features two verses interwoven with brief references to This is My Father's World, Yankee Doodle, American and The Star Spangled Banner.